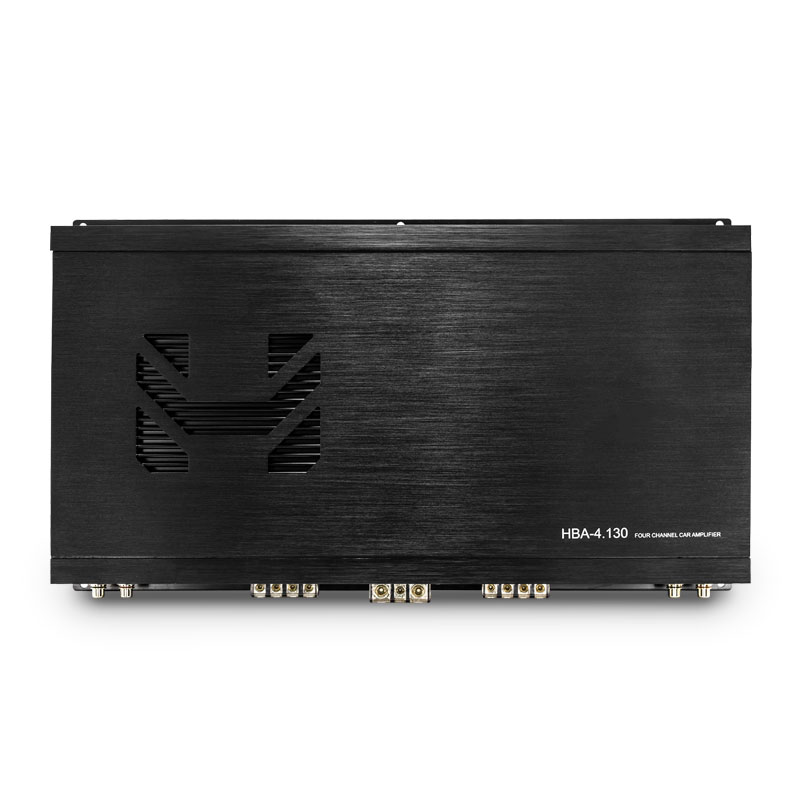 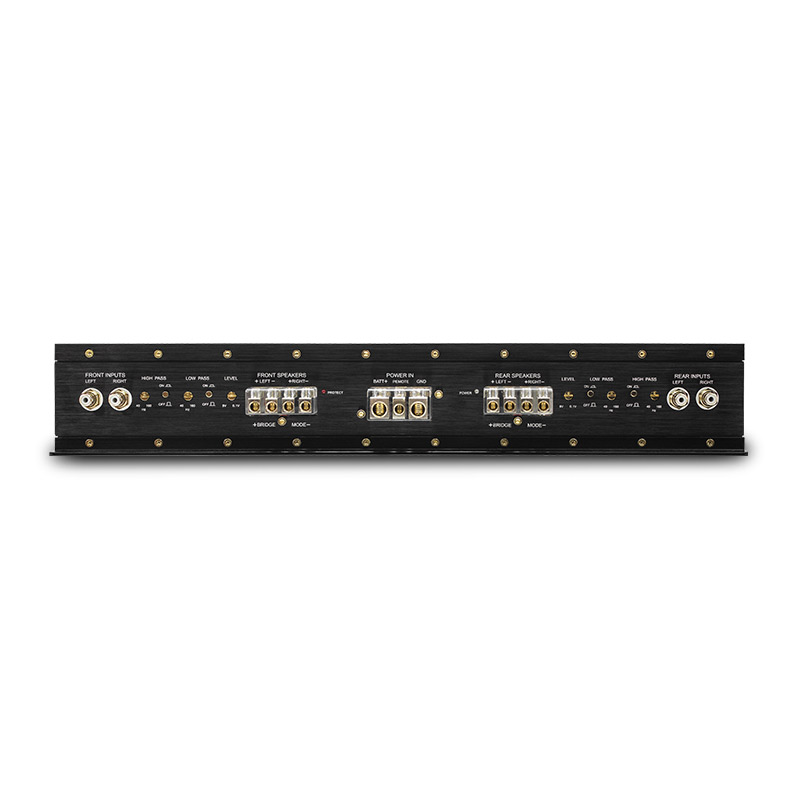 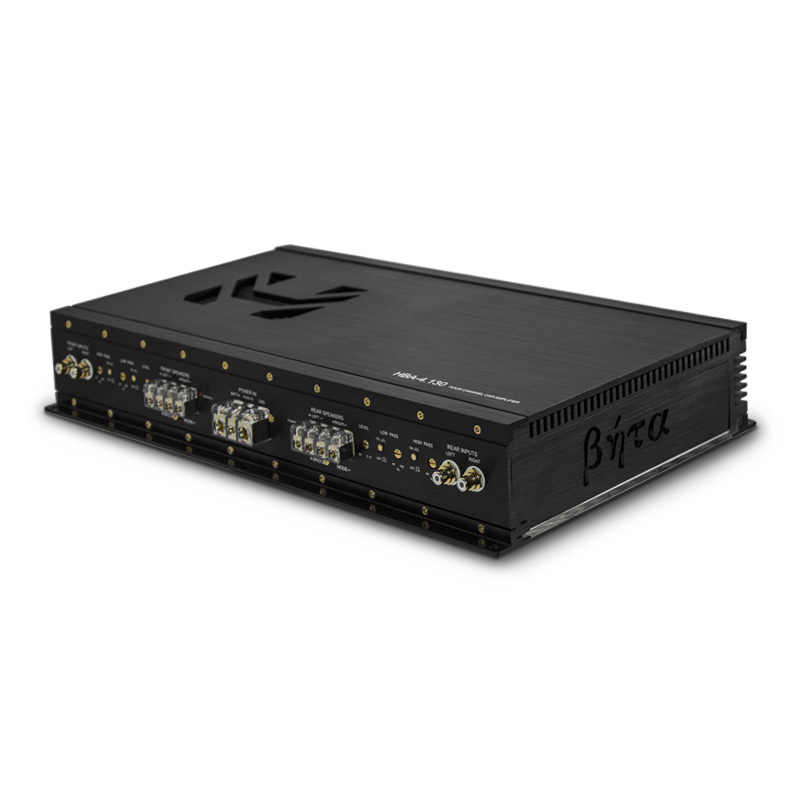 Black Hydra HBA-4.130 is focused on uncompromising sq-audio systems, it is an alloy of honed to perfection technical solutions in the designing of ab-class circuit boards with application of the highest-level components. The model has a completely symmetrical layout and consists of two dual-channel amplifiers in a single body, with separated power supplies.

The amplifier works with increased quiescent currents of the output stages, which, in fact, transfers it into an a class during operation at low signal levels. This allows transmitting accurately and without distortion the finest nuances of sound and helps avoid increasing distortions at low output powers, typical for traditional ab class amplifiers.

At the same time, the HBA-4.130 has a significant reserve of undistorted power and is perfectly compatible even with "heavy" speaker systems, while maintaining full control over the speakers. This makes it absolutely universal - the amplifier can be successfully used in both traditional systems and in systems with each channel amplification. Own high overload capacity allows the HBA-4.130 to work stable to speakers systems with a nominal impedance of up to 1 ohm or connected to subwoofers in bridge mode with a nominal impedance of 2 ohms.

While creating this amplifier, special attention was paid to the selection of components. The use of buffer capacitors with low equivalent series resistance (low esr) in the power supply unit allowed to achieve the maximum high-speed response of the amplifier to the applied signal, due to which the HBA-4.130 correctly transmits the signal attack, and the sound has not only the high detailing, but also outstanding macrodynamics.